Gansu province has a great diversity of religious beliefs. Five major religions, including Islam, Buddhism and Catholicism, can all be found in Gansu.

The believers of Chinese Buddhism, Taoism, and Catholicism are mainly Han people, and Tibetan Buddhism is almost a universal religious belief among several minority ethnic groups, including Tibetans, Mongols, and Yugur people.

Islam is one of the most common religious beliefs for the people of Hui, Dongxiang, Baoan, Salar and Kazak nationalities. Labrang Monastery, one of the six great monasteries of Gelukpa sect, is located in Xiahe county of Gannan Tibetan autonomous prefecture.

Tibetan Buddhism has a far-reaching influence in Amdo, a sprawling Tibetan-populated area that spans parts of the provinces of Gansu Sichuan and Qinghai. Linxia is the origin of Chinese Islamic Menhuans.

According to statistic data from 1996, Gansu had 2.61 million religious believers, accounting for 11 percent of its population. A total of 1.54 million Muslims lived in Gansu at that time. Buddhists numbered over 770,000, including both Tibetan Buddhists and Chinese Buddhists. There were more than 210,000 Taoists living in Gansu according to the data. The followers of Catholicism and Christianity totaled 28,000 and 58,000, respectively.

Islam has a history of over 1,300 years in Gansu. Buddhism was popular in Hexi as early as the Eastern Han Dynasty (25-220).

The most ancient Buddha statue in Cheng county can be traced back to AD 69. The relics of immortal cultivation were found in Gansu even earlier than Taoism's establishment in the Eastern Han Dynasty.

Early in the Yuan Dynasty (1271-1368), Zhangye built a Catholic church before Catholicism was introduced into Gansu after 1840. Christianity was also popular in Gansu in the late 19th century.

BEIJING, Oct. 11 (Xinhuanet) – Lanzhou, the capital of Gansu province, is not only the political, economic and cultural center, but also the center of the northwest in terms of transportation and telecommunication. Lanzhou, known as the Yellow River and the Silk Road, used to be a key point on the ancient Silk Road and played an important role in culture exchanges between East and West, and besides, it is the only capital city where the Yellow River runs through from the west to east. Lanzhou is surrounded by hills overlooking the river to form a unique and beautiful urban landscape.

Lanzhou has a long historical standing. It was first built as a city named Jincheng in Western Han Dynasty. In Han and Wei-Jin times, this region was called Jincheng County. It was in Sui Dynasty that Jincheng was replaced by Lanzhou. This was the first time that Lanzhou was recorded into documents. In later periods, the name of the region had changed several times between Jincheng County and Lanzhou; however, the organizational structure was kept till today. From Han dynasty to Tang-Song period, Lanzhou gradually became an important transportationi hub as well as commercial port on the Silk Road . In Qing Dynasty, Lanzhou became the capital city of Gansu. Currently, it is the political, economic and cultural center of Gansu Province.

Lanzhou, covering an area of 1631.6 square kilometers, is the largest key city located in the upper reaches of the yellow River. The five districts, including Chengguan, Qilihe, Xigu, Anning and Honggu, and three counties involving Yongdeng, Yuzhong and Gaolan, are under the jurisdiction of Lanzhou, which links together 61 towns, 52street offices, 399communities and 731 villages.

Lanzhou, encompassed by mountains, is among the top ten well-known summer resorts and tourist cities with unique and charming scenery, and it lies in the Yellow River valley basin in the northeast side of Tibetan Plateau. The altitude of downtown is about 1520 meters. The Yellow River is flowing through the city from west to east, forming a dumbbell-style basin valley which is about 60 kilometers long from east to west, and 2-10 kilometers wide from north to south.

Lanzhou, blessed with a mild climate, has the temperate continental climate. It is neither too hot in summer nor too cold in winter. The annual average precipitation is around 327mm while annual average temperature is 10.9 ℃.

Lanzhou is rich in natural mineral resources, which has proved nearly 9 kinds of minerals , such as ferrous metal, nonferrous metal, noble metal, tombarthite, energy minerals and so on. What's more, there are relatively large area and high coverage of woodland and greenery in the whole city.

As an important industrial point in the western region, Lanzhou has already shaped a relatively complete industry system that focuses on the petrochemical industry, nonferrous metallurgy, mechano-electronic, light industries, building materials, pharmaceutical food, trade circulation, energy output, agriculture and stockbreeding products processing industry, etc., and it has been a significant industrial base of China, such as the base of energy, geography research, biological product, petrochemical industry, equipment manufacturing, heavy ion physics experiments and so on, which are attributable to many years of construction and development , especially the rapid development of economy after advancing reform and opening up policy. In recent years, with the adjustment of economic structure, emerging industry, including high molecular synthetic material, biomedical, mechano-electronic, fine chemical, new building materials, culture industry , instrument and meter, logistics service, etc. they have grown rapidly and become new economic growth points, which significantly increases the financial revenue and has been further improved the people's general standard of living.

Lanzhou, a well-known center of science and education in China, possesses a large number of scientific research institutions as well as a group of various types of the specialized scientists and technicians. The talent density is well above the national average, and comprehensive strength of science and technology is currently ranked No.19, always in the forefront of all medium and large cities in China. The competitive edge of scientific research is prominent in fields like light industry, instrument, pharmaceutical, agriculture and stockbreeding, petrochemical industry, metallurgy, mechanical, material, geology and energy, etc. In addition, Lanzhou has a world of world-renowned high-tech professional institutions, where the first heavy ion accelerator and high current accelerator for neutron production came into being. The city is also the seat of Lanzhou University, founded in 1909. Lanzhou University, one of the China's key universities under the auspices of Ministry of Education, one of the first universities entitled to enroll Bachelor's, Master's and Doctoral degree candidates, is sponsored by the prestigious national "Project 211" and "Project 985 ". Some other universities also have a very good reputation both at home and abroad, for instance, Northwest Normal University, Northwest University fro Nationalities, Lanzhou Jiaotong University and Lanzhou University of Technology.

Lanzhou is hub of commerce on the ancient Silk Road and celebrated "Tea Horse trade" from time immemorial, and moreover, nowadays it is regarded as an important traffic hinge along the Eurasia Bridge. With the reform and opening-up policy being deepened, Lanzhou has developed friendly co-operative relations and has built sister city with many other cities. As one of the 32 national logistic centers, Lanzhou witnesses the improvement of the muti-layered and normalized market system, the enhancement of the current service function, and the structure of large market, extensive commerce and vast circulation being initially taken place, which owed to opening the Eurasia Bridge and building the north-western Trade Center. Being represented by Lanzhou Fair for Investment and Trade, the brand of trade interactions which is one of the leading fairs for investment and trade has developed into international and specialized large-scale exposition, and furthermore, it is referred to as as important carrier of attracting investment and window opening to the outside world.

Lanzhou is a comprehensive hub of transportation and communication with well-developed system of railway, highway, aviation and telecommunication, where four main railway lines as well as six state highways intersect. The reconstructed Lanzhou Zhongchuan Airport, the top-ranking airport in northwest region, opens up direct navigation with 30 domestic cities. Meanwhile, the shipping of the Yellow River in the Lanzhou area is under development, which has opened nearly 40 kilometers to serve as traveling routes of Lanzhou. Besides, communications technology edges into the advanced ranks nationwide. March of 2011 witness that the Lanzhou Municipal Government signed the agreement on the construction of wireless city with China Mobile, which aimed at changing Lanzhou into a dazzling pearl of western wireless city.

The Culture of the Nationality

Lanzhou, situated on the upper course of the Yellow River, is the intersection of the Loess Plateau, the Tibet Plateau and the Inner Mongolia Plateau. Lanzhou has multicultural cultural backgrounds and abundant national cultural deposits, which ascribed to the various kinds of nationalities living together.

Lanzhou with 56 nationalities now, is an immigrant city from tome immemorial, where all nationalities are able to find the cultural carrier demonstrating their human charm. All cultures have strong cultural comprehensiveness and cultural penetrability. 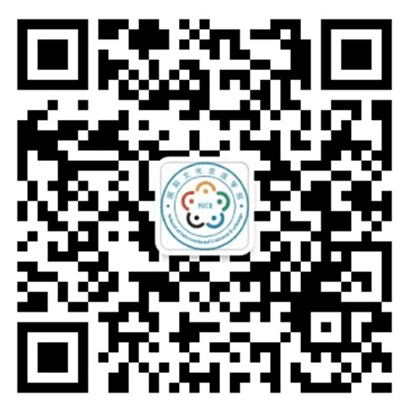